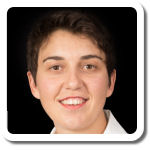 At the age of 23 I was diagnosed with a very rare, chronic and debilitating bone marrow disease called Paroxysmal nocturnal hemoglobinuria (PNH). This disease is a genetic acquired disease (meaning that there were a mutation in my genes but I did not inherit it from my parents). The disease left me very tired due to fact that my red blood cells had a short lifespan and I had to rely on regular blood transfusions to keep me alive. I was also at risk of internal bleeding and blood clots due to my dysfunctional platelets. In short – my blood was not doing what it was designed to do due to a missing gene.

After being diagnosed with the disease I was referred to Prof Peter Jacobs at Constantia MediClinic. This was the first of many blessing. Prof Jacobs and his team was one of the most experiences professionals in the field of haematology and he soon realised that I urgently needed a bone marrow transplant. Although there were only a small change of this saving my life it was the only option. There was no other cure for PNH. The search for a matching donor was underway.

Finding a donor proofed to be easier said than done. There were no matching donors on the South African Bone Marrow Registry and none of my family members were a match. Weeks became months and months became almost three years. While waiting I received regular blood and platelet transfusions. Things were not looking good for me and in the back of my mind I quietly wondered if I will ever find a matching donor. Then, at the end of 2010, Prof
Jacobs’s office phoned to tell me they found a matching donor in Germany. I was scheduled to have my transplant on 13 January 2011.

After having intense chemotherapy to eradicate my own unhealthy bone marrow I got injected with the donors stem cells. The stem cells was harvested the day before in Germany and flown to Cape Town where it arrived safely on 13 January 2011. Everyone hoped and prayed that the stem cells would start growing and after a mere seven day Prof Jacobs came into my room and told me that I can go home the following day. He couldn’t believe how fast the donor cells engrafted and that my blood results showed a spike in the right direction. The transplant was a success. One of the nursing staff came into my room
and said “God, your amazing!” I said: “No, God is amazing!” This was truly a miracle that was overseen by a Higher Hand and very dedicated medical professionals. I was one of Prof Jacobs’s last transplant patients before he retired in February 2011. He sadly passed away in 2013 due to pancreatic cancer.

Soon after my transplant I started to do light exercise and kept to a healthy diet. Five month after my transplant my younger brother, Johan, dragged me up Cave Peak near Kalk Bay where we met some cavers. They convinced us to venture into some caves and I was soon hooked on the sport of caving. Here I was, a few months after my transplant, with little hair and a “cortisone face”, abseiling into caves. I felt healthy and strong and I truly felt alive in the mountains. The following year my mother and I hiked the Fish River Canyon in Namibia. This was an amazing experience and I was truly blessed to be healthy enough to enjoy this experience with her. 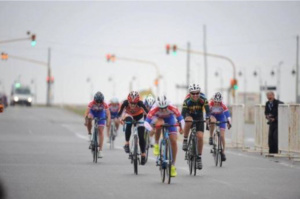 In 2014 I participated at the South African Transplant Games that took place in Cape Town. This was my first year to participate and I did not know what to expect. I entered the cycling event and did javelin, ball throw, long jump and the 1500m. It was really humbling to compete with other athletes that also had transplants. There was a shared feeling of admiration between the athletes. I knew that the person next to me went through a lot to be here. I knew we were here because someone else’s heart or lungs or kidneys were keeping us
alive. We were here to compete in sports but most of all we were here to celebrate the gift
of life.

I managed to qualify for the World Transplant Games that took place in Argentina in 2015 and went on to win medals in the cycling, javelin, ball throw, long jump and the 4 x 100m relay events. Currently I’m the world record holder in the javelin for women 30-34. Being selected for the South African Transplant Team and receiving Senior Protea Colors was definitely one of the highlights after my transplant. I was really surprised to see how well managed Team South Africa was and how hard everyone worked to raise awareness for organ donation. Being an athlete in the SA Transplant Team held more responsibility than just competing in a sporting code; it was about showing gratitude towards your donor and the donor family and encouraging people to become organ donors. It is also a way to
encourage other organ recipients to live a healthy life after a transplant. Nothing is impossible after a transplant.

I recently had the privilege to make contact with my donor. Without this persons gift of life I wouldn’t be here today to tell my story. I learned that my donor, Linda Weigand, was only 21 years old when she decided to become a donor. Her gift gave me the opportunity to live again. Without her I wouldn’t have being able hike the Fish River Canyon, win medals at the World Transplant Games, climb mountains or ride my bicycle around Cape Town. I know that I am not a survivor but that I was saved by a willing donor. I thank God for every new breath and experience I am given. I am truly blessed with a second life. 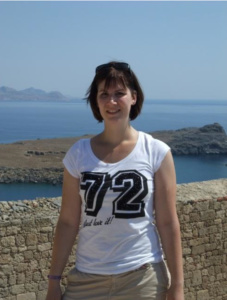 Linda Weigand, my donor from Germany 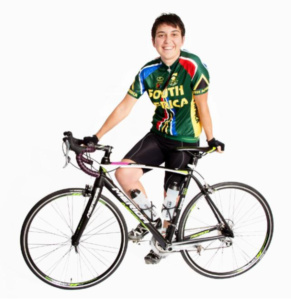 Representing South Africa at the 2015 World Transplant Games in Argentina